Posted by Jordan Trachtenberg on April 05, 2021

Tropical storms, dangerous storm surges, and population crowding along the coast continue to impact our coastlines. How will rising sea levels forever change the state of Florida?  Dr. Robin Bell, a Research Professor at the Columbia Climate School’s Lamont-Doherty Earth Observatory, is one of the world’s leading polar investigators.  Dr. Robin Bell has been tracking ice for thirty years, and has made numerous important discoveries with regard to subglacial lakes and ice sheet dynamics, and offers expert insight into how the world’s changing ice is shaping changing coastlines and driving sea level rise.  Dr. Robin Bell will join us for a discussion about her renowned research on sea change and provide scientific strategies to respond to changing sea levels. 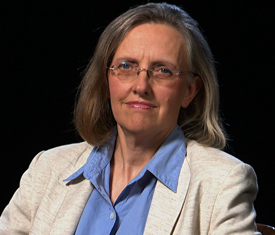 Robin Bell is a research professor at the Lamont-Doherty Earth Observatory at Columbia University and past-president of the American Geophysical Union. Bell’s research accomplishments emerge from her approach of looking holistically at Earth’s large ice sheets on our planet with the goal of understanding how they work and how they will change in the future.  She is motivated by the goal of enabling coastal communities around the globe to develop scientifically informed strategies to respond to changing sea levels.

Robin Bell received her undergraduate degree in Geology from Middlebury College in Vermont in 1980 and her Ph.D. in Geophysics from Columbia University in 1989. Her leadership has been recognized through: AGU Fellow; Antarctic Ridge named After R.E. Bell, Middlebury College - Honorary Doctorate of Science and Emma Willard School Young Alumnae Award. She has been part of the research staff at Columbia University's Lamont-Doherty Earth Observatory since 1989 and is a member of the Earth Institute faculty. Bell has published over 100 peer reviewed articles and more than 30 other publications, and continues to pursue new directions in her field to meet the challenges presented by climate change in the Polar Regions.

Bell looks holistically at Earth’s large ice sheets on our planet with the goal of understanding how they work and how they will change in the future. She discovered an active volcano beneath the vulnerable West Antarctic ice sheet, studied Lake Vostok, a lake the size of New Jersey beneath two miles of ice and lead an international expedition to the Gamburtsev Mountains during the International Polar Year. Atop the Antarctic ice sheet the team discovered that water beneath the ice can uphill.  Bell connects her study of the changing ice with coastal impacts, including mapping the entire Hudson River for New York State.  The team’s discoveries ranged from sunken ships, ancient oyster beds and Revolutionary War defenses.  Bell has a deep commitment to diversity, equity and inclusion, beginning with leading the Earth Institute ADVANCE program, which resulted a significant change in the scientific culture and demographics at Lamont.  Bell is the Past President of the American Geophysical Union, the largest Earth and Space Science community. She is motivated by the vision of the future that is thriving, sustainable future for all empowered by scientific discovery innovation and action.